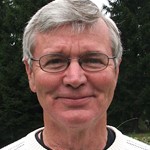 Bruce Alexander is a psychologist and Professor Emeritus at Simon Fraser University, where he has worked since 1970. His primary research interest has been the psychology of addiction. He is best known in the United Kingdom for the "Rat Park" experiments, which helped to demonstrate the falsity of the outworn belief that simple exposure to narcotic drugs can cause addiction. In Canada, he was well known as a critic of the War on Drugs for decades. His most recent work was on the causes of the current worldwide proliferation of addiction, not only to drugs, but to a great variety of other habits and pursuits. Exploring this topic has required that he venture far beyond his training in psychology, particularly into the fields of history and anthropology.

Professor Alexander won the The Nora and Ted Sterling Prize in Support of Controversy in 2007.