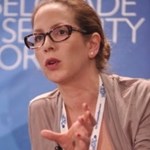 Ayşe Zarakol is University Lecturer in International Relations at the University of Cambridge and a fellow at Emmanuel College. Ayşe broadly works on East-West relations in the international system; problems of modernity and sovereignty; rising and declining powers; and non-Western politics in a comparative perspective.

In recent years, Ayşe has held fellowships with Council on Foreign Relations, Centre for Research in the Arts, Social Sciences and Humanities at the University of Cambridge and the Nobel Institute in Oslo. Ayşe is currently on the executive committee of the Carnegie funded Program on New Approaches to Research and Security in Eurasia (PONARS), for which she also regularly produces policy memos. She also occasionally blogs for the London Review of Books. She is an Associate Editor at the Journal of Global Security Studies. Her last book is Hierarchies in World Politics (Cambridge University Press, 2016).