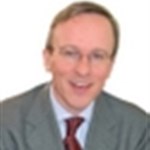 Aubry Pierens delivers custom programs for clients of the Management Institute of Paris.  He holds a degree in law from the Lille Law University and another in Political Science from the Institut d’Etudes Politiques de Paris.

He began his advertising career with Ogilvy & Mather in 1981. In 1986, he joined Havas Dentsu Martseller as group international director, coordinating international accounts and contributing to the extension and stimulation of the international HDM network by negotiating agency acquisitions in Austria, Finland, Greece, Turkey, Norway, Spain, Italy, Switzerland, Denmark and Portugal. In 1988, he coordinated the organization of the first Worldwide HDM Managers Meeting in Beijing. In 1990, he held the same position at BDDP (now TBWA).

In 1992, Mr. Pierens was appointed general manager of the business and corporate communication agency La Rochefoucauld, Anderson & Lembke. In 1998, he became associate and co-manager of the consulting and innovation firm eXperts before creating the strategy and management company We in March 2003.