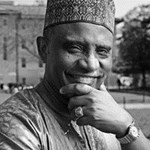 Professor An-Na'im is the author of Muslims and Global Justice (2011); Islam and the Secular State (2008); African Constitutionalism and the Role of Islam (2006); and Toward an Islamic Reformation: Civil liberties, human rights and international law (1990). He has published more than 60 articles and book chapters on human rights, constitutionalism, Islamic law and politics.