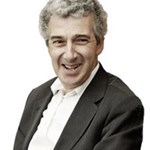 Julian Franks is professor of finance at the London Business School, and holds the Alexander M. Knaster Chair. Professor Franks’ research focuses on bankruptcy and financial distress, corporate ownership and control, cost of capital and regulation. His work with Colin Mayer and Stefano Rossi (on ownership and control) has won two international prizes. Two of his published papers have been awarded prizes for the best paper of the year.

He is an associate editor of five finance journals, including editor of the Journal of Law, Finance and Accounting. He served as a member of the DTI-Treasury committee for reviewing the UK’s insolvency code in 2001 and was a member of one of the Company Law Review committees on corporate governance. He has been an advisor to Ofcom and its predecessor Oftel for more than 15 years. He also advises other UK regulatory authorities including the Office of Rail Regulation and the Office of Water Services (OFWAT).